First came the IPL (Intense Pulsed Light) with the procedure called Fotofacial, a treatment performed to improve the condition of sun-damaged skin through a process known as photorejuvenation.  Along comes forth, a highly experienced company out of the scientists who worked on projects that were taken into outer space, a company called COHERENT®, which years later broke into two different companies, LUMENIS® and another by the name of Sciton®, led by a physicist and engineer by the name of James Hobart.  Dr. Hobart and his engineers developed a faster and longer lasting device, like the IPL, but faster and more effective, with a broad-spectrum light, called the BBL®, which stands  Broad Band Light, which is non-ablative and non-invasive.

The BroadBand Light (BBL) module on the Sciton JOULE laser system uses a 420 – 1400 Dual Flash Lamp (DFL) to treat several skin conditions during one treatment session. The BBL application can be adjusted to different wavelengths, temperatures, speeds, Smart Filters, and pulse energy to customize the procedure for the patient’s unique needs and goals. The BBL application is used by board-certified plastic surgeon, Dr. Kesh Nawada, at Nawada Plastic Surgery in Winter Haven, Tampa, and Orlando, Florida to treat a wide variety of skin conditions.

"Dr. Nawada is hands down the BEST Plastic Surgeon in Central Florida. Prior to my surgery I was well informed and given 100% confidence. In result, my instincts were spot on selecting Dr. Nawada to perform my elaborate procedure. Surgery went smooth and follow up was very caring & professional. He is an artist that helped me gain my confidence back. Thank you Dr.Nawada & Amazing Nurses!!"

"Dr. Nawada and his staff are amazing! So sweet too!"

"The doctor and his staff are excellent in every way. Professional and caring and honest! I had the most amazing experience in this facility and highly recommend this doctor. He is like no other! ??"

"Dr. Nawada is AWESOME!! Along with his staff. I had a BOTCHED breast reduction from a surgeon at Lakeland’s Watson Clinic in 2003. I was promised the moon and back and was left mutilated. I wasn’t the only one who went too this “so called plastic surgeon “ and received botched results. My breasts were so botched I would cry looking at them in the mirror. The scars were horrendous and hurt all the time. I couldn’t wear a bra, not that I needed one anymore bc all I was left with going from a 38HHH too barely A cups which were scars. I heard so many great things about Dr. Nawada so I went for a consultation 5 years later. He is very upfront and tells you like it is which I truly liked. Some take that as he doesn’t have a good bedside manner, but it’s they want things the way they want it not reasonable for the best results. Not only did he fix the scars which when he did it left my breast concave, but he put in appropriate size, shape and form of saline implants proportionate too my body. Along with the breast reconstruction he tandemly did an apron tummy tuck and gave me the cutest belly button ever. (I had weighed almost 300lbs in my teen years and lost over 100 leaving the skin too skin touching which was removed) All I can say is everything was perfect then and still too this day 10 years later I’m still loving the way I look. My daughter who is 21 went through this with me mind you she was only 12 at the time and now she has one breast 2 2 1/2 sizes smaller. Dr. Nawada examined her when she was 18 and told her too wait until she was 21 and come back and he will augment her breast too make them fuller and even. I appreciate his honesty and telling her too wait because most would have done it back when she was 18 and as he told her her breast will be about done growing around 21-22 keeping the need of an additional surgery if she were too have done at 18. She’s preparing soon too have her surgery and I feel SUPER COMFORTABLE AND SAFE putting my baby’s life and vanity in Dr. Nawada’s and his staffs hands. It doesn’t hurt either that his head Nurse/office director was a high school classmate of mine. If you want the BEST NAWADA AND ASSOCIATES is the place too go??!!"

"It has been 17 years, but was an exceptional experience. I wish Dr. Nawada was here in the Atlanta area...."

The BroadBand Light technology can be performed in the plastic surgeon’s office without any anesthesia. After the patient’s consultation, the plastic surgeon will develop a treatment plan with the various BBL applications to target the patient’s skin problems (acne, lesions, hair removal, etc.). The plastic surgeon will adjust the settings for each condition that is being treated before passing the laser over the patient’s clean, dry skin, while the eyes are protected from the light. The treatment time will vary based on the amount of treatments being performed and the size of the area being treated, but most BBL procedures take under one hour.

After the treatment is completed,  a soothing ointment will be applied to the treated skin, and a nurse will go over the patient’s aftercare instructions. The patient will be able to leave as soon as they want after their appointment and resume their normal activities. Patients will see some results right after their treatment, but results will improve over the next 2 – 6 weeks and most patients will get their best results from repeated treatments. Patients should talk to their plastic surgeon about pre-booking a series of appointments to ensure they get the most out of their treatment. 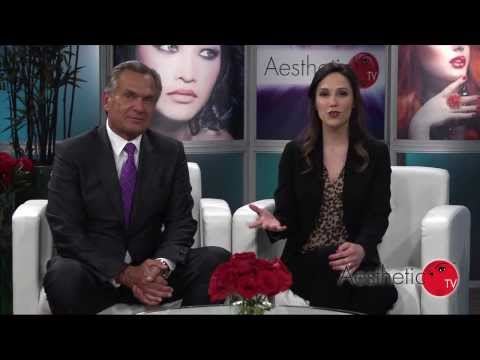 * All information subject to change. Images may contain models. Individual results are not guaranteed and may vary. Prices given are for information only and can vary from patient to patient, or case by case, based on many factors like age, conditions and size of the anatomical area(s) needing to be dealt with and/or medical conditions and length of surgery, etc. Quoted prices may include: Surgeon’s Fee, Facility Fee, Anesthesia Fee and the cost of Post-Op Garments (Liposuction patients only).